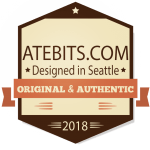 The new realities of day-to-day life in the time of COVID-19 have left many businesses and public institutions struggling to respond. Its rapid spread caught post-secondary schools across the globe particularly off-guard. Designed, in many cases, as a small cities-within-cities, college and university campuses have proven uniquely vulnerable to the pandemic threat; a campus is one of the few places where thousands of people come into close contact with one another on a daily basis. As such, Chad Everett Harris states other establishments have been declared essential services and allowed to remain open during the pandemic, virtually all institutions of higher learning have had to close down—with the exception of some laboratories dedicated to medical research.

At the same time, the 2020 spring and summer semesters have not been canceled. Nearly all colleges and universities worldwide have decided to plow ahead and complete the school year despite COVID-19, and all without students, teaching assistants, and professors setting foot on campus. But how is this to be done remotely? Will remote teaching and learning be effective? Will it become the new normal, its practice lasting far beyond the length of the pandemic? What’s to become of the students who live on campus, in dormitories? To begin answering these questions, it is useful to analyze the antecedents of the present situation with COVID-19 as they pertain to post-secondary education.

In December of 2019, an outbreak of what was initially thought to be pneumonia occurred in central China. By January, officials had identified it as a new strain of Coronavirus, instead. On January 26, 2020, in an effort to halt the spread of the new disease, all Chinese colleges and universities were closed.

A little over two weeks later, all post-secondary institutions were shut down in Iran. Then, in short order, the same happened in South Korea, Italy, and Japan. Governments around the world underestimated how fast and infectious the newly named COVID-19 actually was, and in the interest of public safety, wide-scale efforts were made to curtail the gathering of people in large groups. By the second week in March, more than seventy percent of the world’s colleges and universities were shuttered.

In North America, it fell to the schools themselves to set the trend. Stanford University closed its campus on March 9, 2020, citing its large contingent of international students from affected countries as a primary reason. It was followed in quick succession by academic heavy-hitters Columbia, Princeton, Harvard, Berkeley, and UCLA.

The rest of North America’s institutions of higher learning followed suit, thereafter. All of this happened incredibly quickly and without much of a chance for forethought and administrative planning. Like every other aspect of society, post-secondary schools reacted as best they could to the deteriorating situation, and that meant shifting to the all-purpose, emergency ‘plan b’: education conducted entirely off-site and online.

Presently, as North and South America, Asia, and Europe wait out the apex of the COVID-19 pandemic, classes are a thing of the past. Nearly all major countries on the planet have, at the time of this article’s publication, made gatherings of more than a certain number of people illegal. Students who live on campuses have been given deadlines by which they are to vacate their dormitories. A tremendous shift is occurring.

As post-secondary education goes, online learning is the only option available. With regard to group work and office hours, video conferencing is now the order of the day. Examinations are now completely digital. As a consequence, network capacities are being tested, as are professors’ teaching methods, and students’ abilities to self-monitor. Improvements are being made—slowly, and on the fly—but the telecommunications infrastructure currently in place is far from perfect.

As the COVID-19 pandemic slows its spread and eventually subsides, post-secondary institutions will re-introduce in-person classes, lectures, and labs gradually, to decrease the potential for new, localized outbreaks. Unless an effective vaccine is introduced in the coming few months, it is also highly unlikely that students will be allowed to return to dormitories for the same reason. Running at the very least into the next academic year (and likely into the next calendar year), distance learning, remote lectures, online collaborative projects, and online exams will remain the dominant modus operandi in the pursuit of a degree.

Whether or not online education will remain a major factor in the curricula of post-secondary schools in the long-term depends largely on its effectiveness during the current crisis. If it turns out to be feasible to successfully learn discipline and earn a degree from home, courtesy of a computer screen and a Wi-Fi connection, fundamental and deep-rooted questions will need to be addressed.

What percentage of work toward a degree is it acceptable to accomplish off-site and online? Depending on the discipline, do students need to be taught and met with in person at all? What are the implications for staffing? What are the implications for research? Most difficult of all, what are the financial implications if such a system is adopted? Can a university or college justify keeping tuition prices at present levels if a large enough percentage of a student’s education takes place on the internet?

If, however, it turns out that an online learning environment is less effective than an in-person learning environment, and that the quality of education is poorer, it is a near certainty that colleges and universities will transition back to the old, pre-pandemic model. That is not to say that off-site and online education is in any danger of being summarily rejected, but, rather, chances are good that it would be relegated to its former role as a useful augmentation to in-person education.

Chad Everett Harris is a successful, serial entrepreneur. From an early age, he felt a passion for creating and running businesses. Like many children, his first foray into entrepreneurship was a small, front lawn lemonade stand, but it was enough to ignite a fire of inspiration. By his teenage years, Chad Everett Harris had developed a venture mowing neighborhood lawn into a profitable company, the proceeds from which he used to help his mother pay the family’s bills.

Upon entering the professional world, Chad Everett Harris made a splash with his contributions to the Audubon Park Golf Course, the New Orleans Sculpture Garden, and the Long Vue House & Garden Discovery Garden. As a result of these and other ventures in his thirty years in the green industry, he has accumulated expertise in the fields of construction, retail, and e-commerce. More recently, Chad Everett Harris assisted in the construction of the world’s largest data center in Rockdale, Texas—a one-hundred-acre facility used to house high-speed computer servers.

What Car Can I Afford? Understanding How Big of a Loan...

Atebits 0
Americans currently owe more than $1.129 trillion in auto loan debt. A record-breaking seven million Americans are also 90 days or more behind on their...

Why Investing for Young Adults is a Good Idea

Speak Laconically – Use Fewer Words to Convey Your Message Effectively

How to Look After Your Home During the Lockdown

How To Get Essay Writing Help